Jeremy Mercer ❖ Online
← Look World, No Hands Shouldn’t I Be Reading This Elsewhere? →

When it comes to the DSK affair, there is no shortage of shocking details. But from a personal perspective, one of the most troubling aspects is tangental to the alleged attack itself. I’m talking about the blind partisanship and corrupt logic that have fueled Robert Badinter’s defense of his friend.

As most people probably know, Dominique Strauss-Kahn, the head of the International Monetary Fund and the leading candidate to become the next president of France, has been charged with sexually assaulting a hotel maid in New York. His arrest sparked a hurricane of media coverage. Newspapers dug up a series of past incidents where DSK behaved inappropriately or aggressively with women, while images of a handcuffed DSK were broadcast around the world.

This is what has Robert Badinter outraged. He and DSK are old friends and members of the Socialist Party elite in France. In his mind, DSK should be spared from the media spotlight because of the presumption of innocence. His indignation is so great that he has gone on French radio and television to denounce the barbarity of the American justice system.

“It’s shameful, it’s not justice,” Badinter told a French radio station. “Americans think the American justice system is the best in the world. It’s not the one I’d put on the podium.”

He then accused the American media of symbolically ‘putting to death’ DSK, an appalling use of the same rhetoric he employed to abolish the actual death penalty in France. What’s worse, while he raged against the indignities suffered by DSK, he forgot to mention that the American media honorably protects the names of presumed victims of sexual assault. Not so in France, where the hotel worker was not only named, but the allure of her breasts and buttocks were discussed by the tabloids!

If this wasn’t enough, on a nationally televised program he explained his reluctance to show compassion for the victim was due to the fact that the very term ‘victim’ is prejudicial to his friend. For him, the hotel maid will only become a ‘victim’ if the facts are proven in court. What Badinter seems to forget is that two legal bars have already been met: police detectives determined there was enough to the story to arrest him and a grand jury examined the evidence and decided DSK should be indicted. Yet Badinter still refuses anything but the most perfunctory mention of the woman’s plight.

I am a profound admirer of Badinter. I translated his major book Abolition into English, I worked with him on international anti-death penalty issues, and I accompanied him on a speaking tour of Washington D.C. and New York City (where he stayed in a suite at the now notorious Sofitel). Never would I have believed him capable of such flawed thinking. Yes, there are reasons to criticize the American justice system: the absurdly high incarceration rate, the profit incentives of privatized prisons, the over-representation of minorities among prisoners, the haphazard use of the death penalty. But the treatment of DSK isn’t a blemish on the U.S. system; to the contrary, it reveals its true glory.

In how many countries would a immigrant worker be taken seriously when she accuses one of the world’s most powerful men of sexual assault? Not in Mexico, where apparently another woman was hushed up after a similar incident. And likely not in France where women who have reported aggressive sexual behavior by DSK have been censored and shunned by the media and the government. In this case, American justice truly has been just by treating a famous man suspected of rape just like any ordinary man suspected of rape.

Badinter seems to be caught up in the syndrome of the persecuted celebrity. He blames the American justice system for allowing the media hordes to photograph and film DSK. But, like so many fallen actors and politicians have learned before, this is simply part of the devil’s deal DSK chose to make. Actors, musicians, politicians, and yes, writers, chase media attention when they are building their careers in order to sell tickets, win votes, and promote books. This is precisely what DSK has done for decades: he actively courted the media to build a public profile to advance his political and intellectual agenda. People who choose to make themselves media celebrities can’t then control the media’s interest in them. Surely, Badinter can’t expect journalists to write breathlessly flattering stories about DSK’s presidential aspirations and then gloss over these brutal allegations? DSK spent his entire life seeking a high public profile; he can’t cry foul now.

I can understand Robert Badinter standing by his old friend during a difficult time. But he should have made his support silent. By adding his respected voice to the bedlam, he feeds the hysteria that has close to 60 per cent of the people in France believing that DSK is the true victim in this case.

One of the few intellectuals in France to get the DSK case right is Gisèle Halimi. She was something of a legal twin to Badinter in the 1970s; while he fought to abolish the death penalty, she dedicated herself to promoting women’s rights within the justice system. After news of the DSK case broke, she told journalists that if the alleged assault had happened in France, it would have likely been covered up. Then she chastised her contemporaries. In cases like this, she said, “respect for women must come before friendship and political clans.”

If only Badinter had heeded these words. 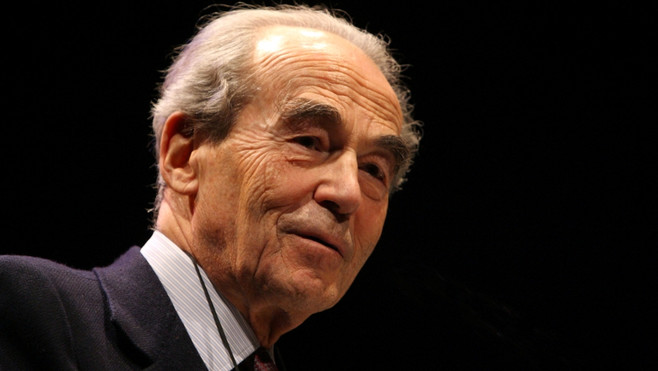 7 Responses to Badinter, A Disillusionment