Let’s start with what I find so awful about writing. The compulsion to make every phrase as evocative and precise as possible combined with the anguish at seeing the gulf between the mind’s perfectly imagined sentence and the inevitably imperfect sentence that appears on paper.

The awfulness of writing has only grown with the years, as the cockiness of youth has faded and I became more aware of the canon of writing available to readers. I recall an anecdote from my friend Sparkle Hayter. She was on a book tour and a fellow author urged her to hard sell her books to the audience. She was advised she should convince people that if they were going to read one book that year it should be hers. And Sparkle thought, ‘What about Crime and Punishment?’

If I could pinpoint a tipping point from writing-as-pleasure to writing-as torture, it would be my stay on the Greek island of Santorini to write the guillotine book. I had a guest come stay with me and on one occasion she walked into my writing room and gasped to see my blood-soiled shirt. I had developed a tic of compulsively scratching my arms and back while I wrote and I wasn’t used to having a visitor to witness my physical misery.

Recently, I have found a fresh new writing agony: the pressure to write something suitably radiant to accompany the art of a dear friend. I’ve known Alisa Resnik for almost a decade, having met her in the residence of the Marseille photography gallery Atelier de Visu. In recent years, she began photographing the nightside of Berlin – friends and strangers, exteriors and interiors. Her work captured a breathtaking and rare human honesty. Take a look: 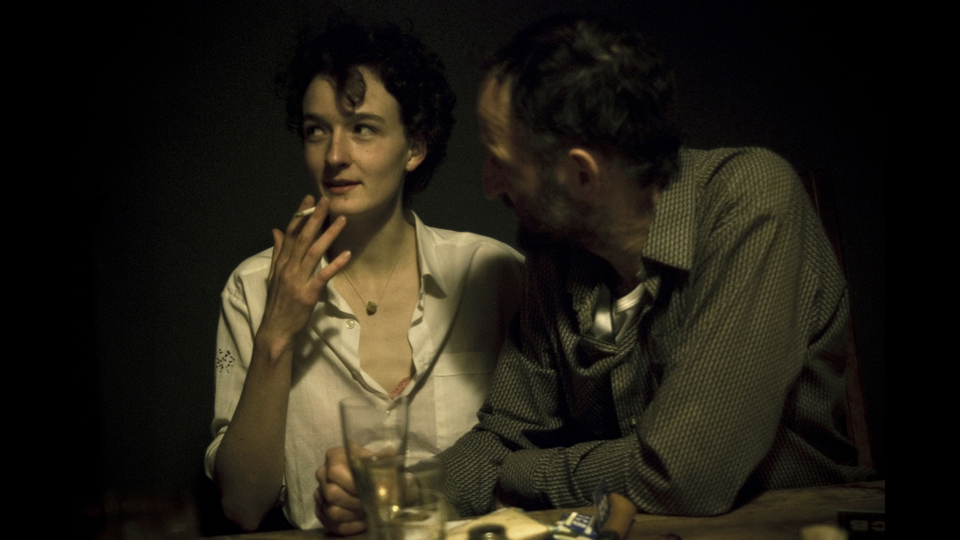 You certainly can’t accuse me of being subjective. Resnik’s work was so widely acclaimed that she won the European Publishers Award, a prize that included a book deal with five major publishers in five European countries – Dewi Lewis Publishing in England, Actes Sud in France, Blume in Spain, Kehrer Verlag in Germany and Peliti Associati in Italy. Most unexpectedly, she asked me to write a short preface for the book, which would come to be known as One Another.

As has already been made explicit, writing has become difficult enough on a normal basis, when I am only doing it for a magazine or for myself or for money. Writing for a friend? Hoping to reach the same echelon as her art? Suffocating. I spent more than two month working through seven drafts of the preface. I no longer scratch myself until I bleed, but I do stare into the computer clutching my head for long hours, questioning every word, every idea, everything.

But. And this is the thing with writing. There are these moments when you read a paragraph and you smile and you think, ‘Hell, I did that. And I like it.’ And these moments are so full and rich and vital that all the head-clutching and misery is justified. Is the end result any good from an objective sense? Who knows. But, after this experience, I am inclined to agree with the German philosopher Arthur Schopenaur, who wrote:

The author is cheating the reader as soon as he writes for the sake of filling up paper; because his pretext for writing is that he has something to impart. Writing for money [is], at bottom, the ruin of literature. It is only the man who writes absolutely for the sake of the subject that writes anything worth writing.

And that piece that caused such torment? Voilà:

Quantum mechanics are one of science’s most significant achievements and help us understand everything from the movements of sub-atomic particles to the pageant of stellar evolution. But, the truth is, these theories can be pretty difficult to grasp.

One of the more baffling aspects is quantum entanglement or the possibility that a particle can exist in two different states at the same time. This duality exists because the particles are so elusive that they are nearly immeasurable, meaning they can only be described with wave functions that account for the fluctuations in their behaviour. It’s sort of like narrowing down the location of a terrorist to either Tokyo or Rome; even if you can’t pinpoint the villain, for practical security purposes you have assume he is in both cities at the same time.

Still, the idea that something can exist in two entirely different states feels somewhat absurd. To illustrate just how absurd, the physicist Erwin Schrödinger created one of history’s most famous thought experiments. He proposed that a cat was locked in a steel box with a vial of poison that would break if a radioactive particle decayed. After one hour, there is a 50-per-cent chance the particle has decayed, so according to quantum entanglement, the particle must be both decayed and un-decayed and the cat must be both dead and alive.

And this is where theory crashes against logic. A cat both dead and alive? That feels hinky.

Well, recently the particle physicist Hans von Baeyer clarified things. Using a theory called Quantum Bayesianism or QBism, von Baeyer said the cat situation feels hinky because, well, it is hinky. Old quantum physics describes a theoretical world of multiple possibilities; with QBism, once you are in the real-life moment things become fixed. If a police officer is face to face with the terrorist in Japan, you can confirm their specific location and if you are standing in front of the steel box the cat is either dead or alive. Yes, in theory, multiple realities are possible; but at the instant of human contact, one reality is established.

As is often the case, the arts may have beaten the sciences to the punch. Writing in the 1960s, the French philosopher Emmanuel Levinas discussed how this sort of human contact was the basis of identity. He believed the human state to be fluid. Each person carries innumerable possibilities within them and it is only in the face of others that a person’s identity is physically called into existence. Just as with QBism, Levinas considers reality to be established only in those moments of human encounter. After, just as the cat goes back to being theoretically alive and dead, a person reverts back to their fluid state.

Seldom is this phenomenon more obvious than with photography. An identity is temporarily fixed, defined by the encounter between the photographer and the subject. Once the encounter is over, the moment survives only in the image.
This is why Alisa Resnik’s photography inspires such an unsettling combination of awe and ache. The photographic encounters are so profound that the portraits evoke a startling and complex human beauty. Yet there is also an inevitable sadness that these fragile moments have long since dissolved and can never be recaptured.

One of the essential elements of these deeply human moments is the fact that Resnik doesn’t consider herself a photographer. For her, the camera is a tool of communication. The encounter is primary and the human connection is the goal. Any images are incidental, something to be assessed later and valued only if they respect the truth of the encounter.

Perhaps the only things more difficult to measure than the movements of quantum particles are the vagaries of each individual life. One Another provides a rough estimation of these mysteries. It is only a fleeting grasp, but one that that hints at the vast, sublime breadth of existence.

One Response to Writing, A Bewildering Friend