I think I have reached a turning point regarding the continued success of my Paris book. I wrote Time Was Soft There (Books, Baguettes & Bedbugs in the UK) a decade ago and it has generated sustained interest since then.

At first, I was thrilled and even somewhat ego-swollen; but, as years passed and other books received underwhelming receptions or were drawered altogther, the Paris book haunted me, a reminder that I wasn’t writing as vibrantly as I once did, or worse, that I wasn’t writing at all. I couldn’t even claim to be a one-hit wonder because it would be presumptuous to call the Paris book a hit. A one-pleasant-success wonder?

However, a recent speaking engagement in Mexico changed my feelings. The Spanish edition of Time Was Soft There (La libreria has famosa del mundo from Malpaso) was being released, and the Mexican government’s art agency CONACULTA invited me to speak to booksellers from EDUCAL, the government-owned book chain. (This in itself is a highly curious happening; while many governments subsidize the literary arts, Mexico goes beyond the traditional publisher and author grants and has its own chain of bookstores to ensure every major city in Mexico has a quality bookstore. It is an admirable project, though imperfect with rumors that books by friends of the government get special treatment and quiet complaints from private booksellers forced to compete with the public behemoth. But still, you have to applaud a nation that thinks bookstores are a priority.)

Mexico was wonderful, my hosts were gracious, and there was a fair bit of media interest in my visit. What’s more, entire trip was a much-needed escape from the intensity of raising a family and running a home. Perhaps more importantly, I realized that while I was moping at having to promote a book written a long time ago by an entirely different me, the book was resonating with people, letting readers dream and aspire. Sure, these readers are now a decade or two younger than I am now, but that doesn’t diminish the fact that I wrote something that mattered to them. But what really made me proud was what my book was doing for the small publishing house that was distributing the Spanish edition in Mexico. I was their first major author visit and the various media sessions helped attract attention to their project.

Success and failure are funny mental constructs and at times lofty ambitions can dampen significant achievements. It is best to think back to before, before Paris, before newspapers and magazines, when I was just bumbling about on old word processors, staring into the calm blue of Word Perfect. And the distance between Mexico and that is unfathomable. There is something to be said for pleasant success. 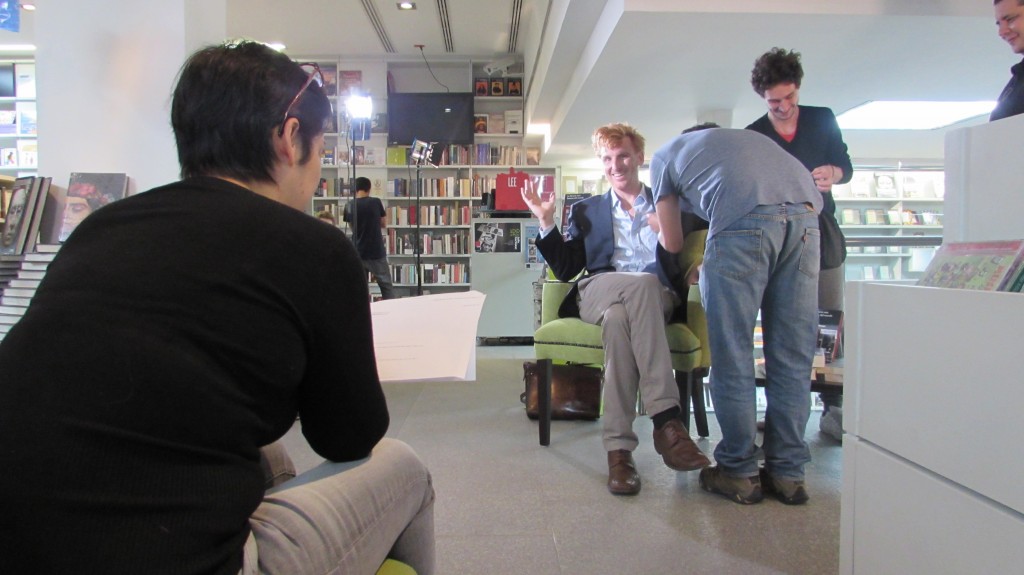